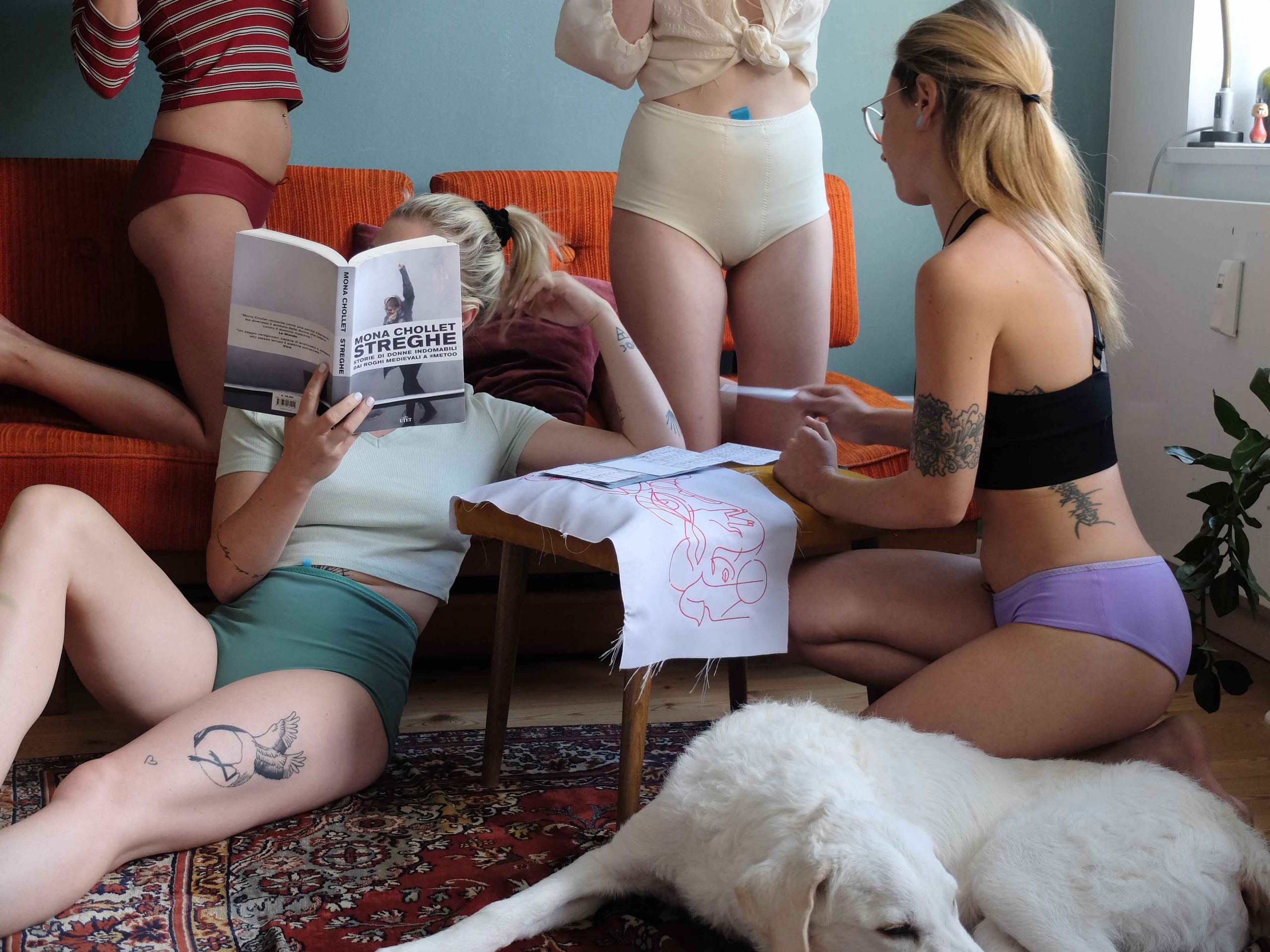 In a world where “good shape” means moving and eating well, the reality of our daily lives catches up with us, preventing us from taking care of our bodies properly. That’s why watching the number of steps calculated by our smartphones has become a comforting gesture after a long day. Smart accessories and wearables can be real tools capable of detecting, analysing and recording useful data related to our general health. What if we could target localised and recurring disorders? Giulia Tomasello looked at the subject of female intimate hygiene through various projects, including Louisa, that portrays the typical user of potential devices that help prevent possible imbalances in vaginal flora. At the crossroads of wearable technologies, biohacking and feminism, Louisa tells us her story.

In order to understand who Louisa is, we need to go back to 2016 when Giulia was developing Future Flora, her first speculative design project related to vaginal infections. Her starting point is twofold; firstly, 75% of women are affected at least once in their lives by vaginitis, an inflammation of the vagina often due to bacterial infection, and which is the number one cause of medical consultations among women. Secondly, more than 50% of our body is made up of microorganisms (bacteria, yeast, etc.) which form several complex ecosystems called the microbiome. They are naturally present, and protect us from diseases and infections. The general vaginal microbiome of white and asian women is composed of Lactobacilus bacteria that produce a balanced level of acidity which promotes good health of the genital organ: the flora attaches to the vaginal mucosa creating a protective biofilm.  When the immune system is weakened, the pH of the flora is altered, which affects the biofilm and causes bacterial aggression.

With the proliferation of studies on microbiome, a large community of women affected and the taboos around feminine hygiene still very much alive, it seemed obvious to Giulia to address this problem. She then studies at Central Saint Martins in London, in the Material Futures master’s programme, when she sets about developing the Future Flora project. It takes the form of a kit that allows women to create their own bacterial sanitary pad that will help restore the vaginal flora and balance its pH. The kit consists of a petri dish with an agar gel base, a pipette filled with a bacterial compound and an inoculation loop (a tool for retrieving the microbe). Once the contents are ready, the useful section should be cut out and used as a pad ; it can be placed in the underwear directly in contact with the infected area, where the bacteria restore the damaged flora. 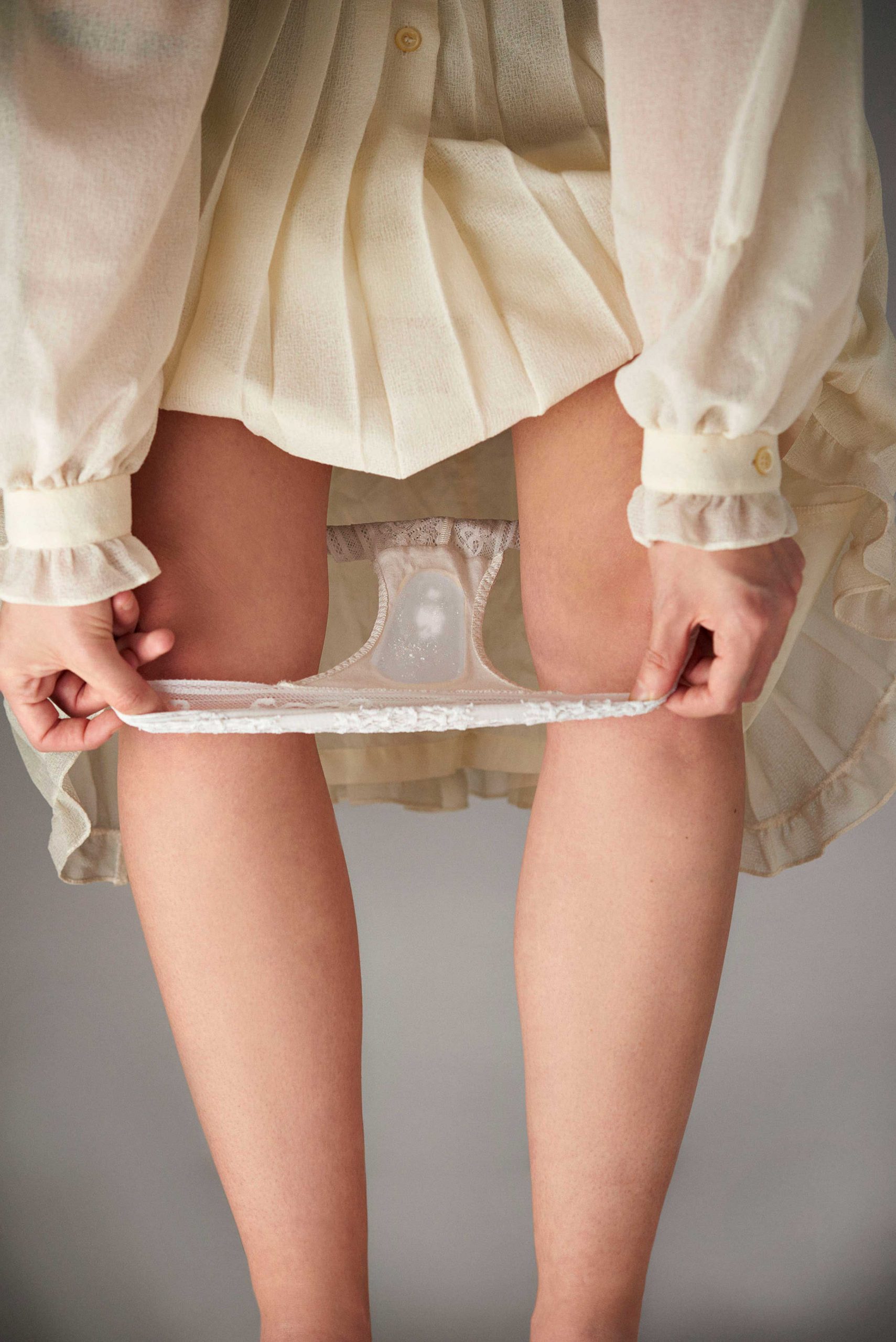 Although real, this kit is not functional. It is an example of speculative design; the project has not been tested, and is based on scientific studies showing that if we lived in a sterile environment or had incubators at home, we could grow bacteria. Furthermore, society is not yet ready to embrace biohacking as a kind of self-medication; this DIY biology movement is distinguished by its open-source and socially engaged nature. Its principle is based against the idea that individuals or communities with limited academic scientific training are unable to contribute to research. In the case of Future Flora, Giulia is addressing the lack of information due to taboos around vaginal fluids. She wants to help women understand their bodies better, and to encourage them to actively participate in the common knowledge.

And in 2016, her project does not fare well; it is even considered provocative, both within the school and among some design enthusiasts whose explicit displeasure is visible through their comments. At the dawn of movements encouraging women’s empowerment in the West, mixing social prejudice with design and science is a bold move. Despite this, Giulia continues to work, refining her language to develop a documentary called Girl Biophilia that aims to create a narrative around her project. It is not until 2018 that the public perceives her project in a new light; Future Flora wins the S+T+ARTS award for design, art and technology, and promotes Giulia to the rank of an important figure of the Arts scene.

That same year, she meets Tommaso Busolo, a specialist in material science. As part of his PhD, he researches wearable technologies and develops threads capable of recharging themselves when in motion. Giulia and Tommaso partner up in a new project: ALMA co-founded with Isabel Farina, a medical anthropologist, and Ryo Mizuta, a nanomaterial scientist. ALMA initially takes the form of a wearable sensor that can be incorporated into underwear to monitor the PH of the vaginal microbiome in real time and thus prevent any possible infection. But as time goes on, it seems essential to integrate a cultural and educational dimension into the project.

The collective organises womxn-only design workshops to understand how to develop the sensor and related tools. Following methodologies belonging to anthropology, the data is then analysed and integrated into the scientific process. Since 2019, Giulia and her associates have organised 13 workshops around the world, from Europe to Rio de Janeiro, Bangkok and Malaysia. On the technical side, the collective collaborated with Fraunhofer IZM, a company specialising in electronic textiles, as part of the European Re-Fream programme in 2020. The new sensor, consisting of two electrodes, is inserted into the underwear gusset; a voltage variation occurs when the fluids reach the electrodes, which emit a signal sent back to a processor, which in turn sends a signal to the smartphone. The textile-based sensor is washable.

ALMA helps wearers to identify whether or not there are signs of bacterial infection, and to understand the nature of the symptoms. With a better knowledge of their body, a visit to the doctor should also be simplified. ALMA thus becomes a real platform that aims to break the silence around female intimacy. Like Future Flora, the project remains speculative for the moment; while the team is keen to go further in developing sensors tailored to the different needs of women, they are also realistic about the feasibility of the project. The technology is not quite there yet, and society still needs to get prepared.

So Giulia keeps on opening minds and broadening the horizons of the general public; she participates in conferences, interviews, podcasts, and exhibits her work. In 2022 she exhibited three times in Europe, twice solo; when she was invited to Vienna in May, she chose to highlight ALMA‘s workshops and let the objects speak through Louisa; she represents the archetype of all the women who will one day use Future Flora and ALMA, thus creating a bridge between the projects. More recently she was introduced in September in Rome during the exhibition: chi e Louisa? 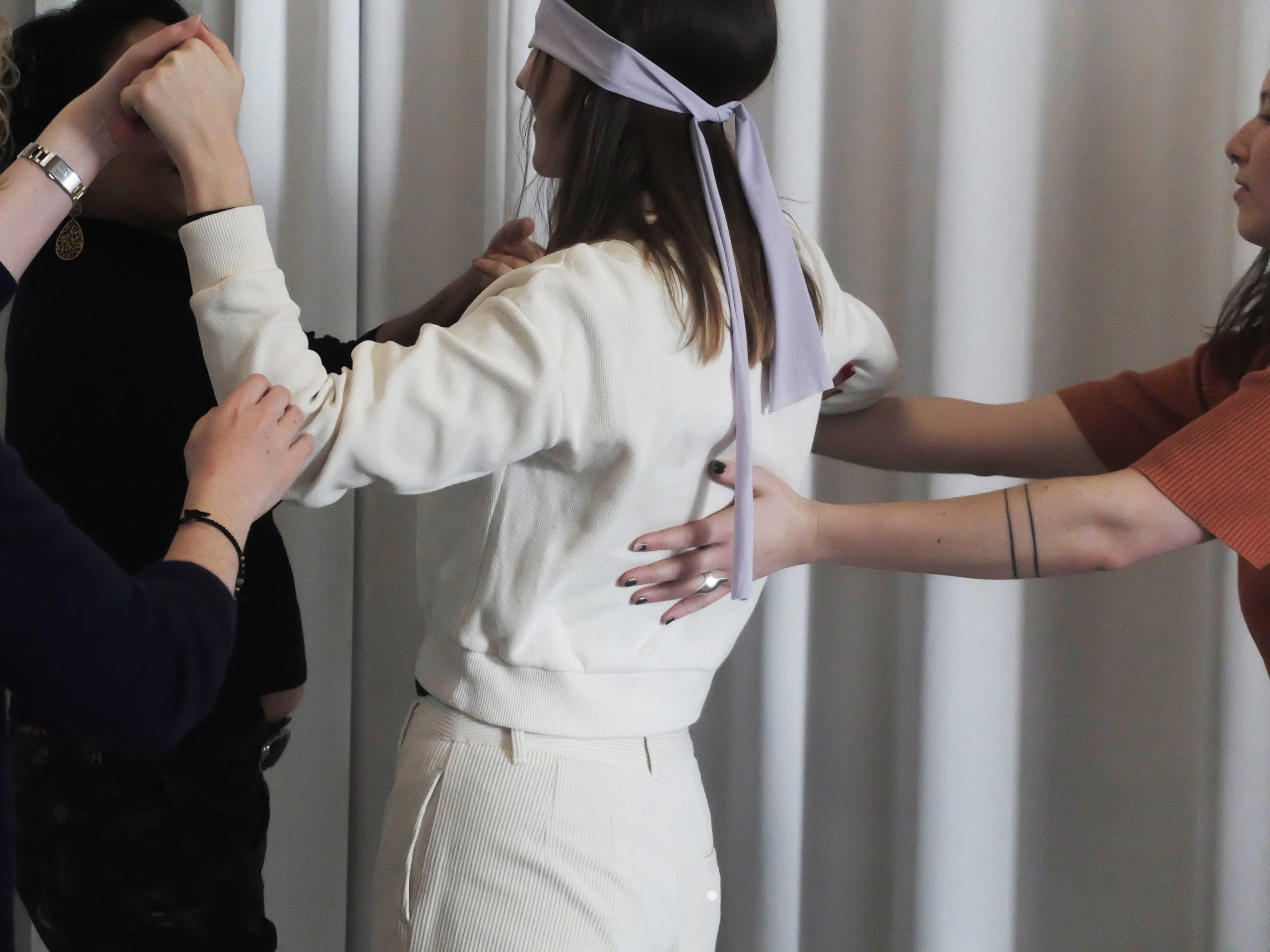 Although it cannot be worn yet, Future Flora is on permanent display at the MAK in Vienna, a mark of progress in women’s rights in recent years, where it continues to provoke debate.

As for Louisa, she testifies to the commitment of its creator to all women. The road is long and full of obstacles, and Giulia Tomasello seems determined to overcome them.

Want to stay in touch ? Subscribe to our newsletter below. 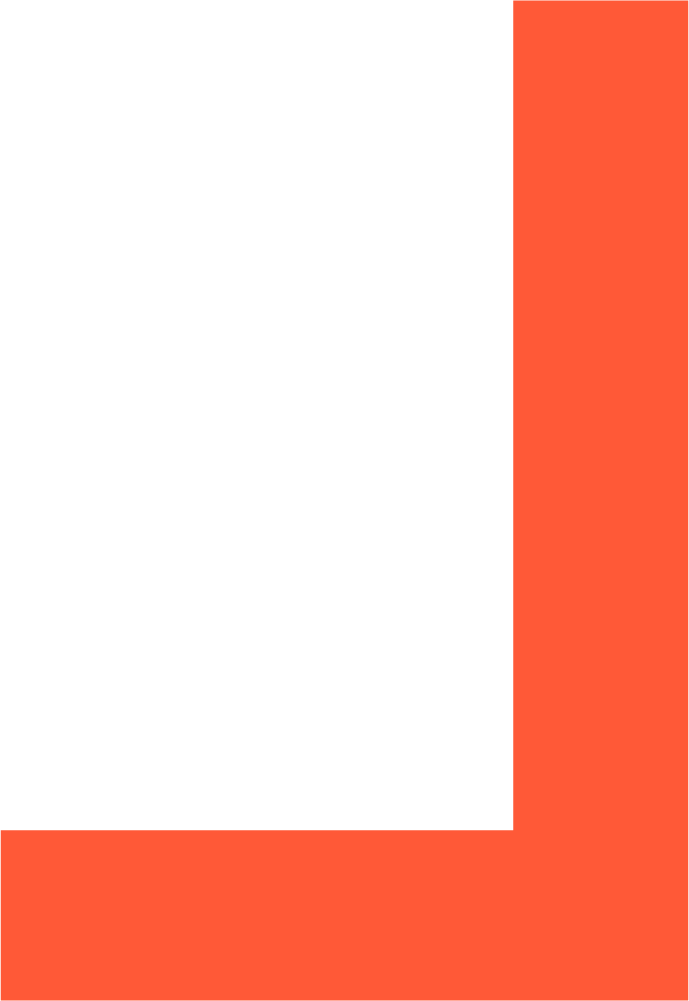